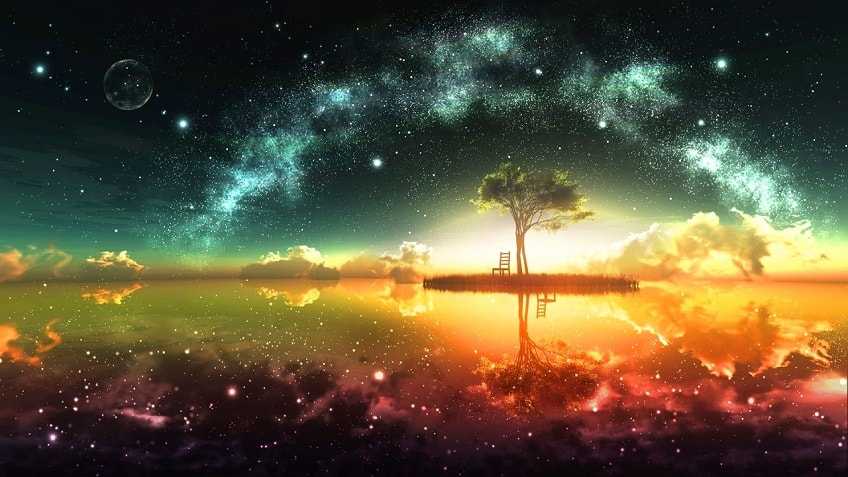 Freud gave dreams an unfortunate legacy; he taught us to associate them with psychological problems. But in reality, most dreams are healthy and engaging, writes Praveen Chauhan

A dream is an unconscious psychological phenomenon occurring during paradoxical slumber. There are, in effect two types of sleep: slow sleep and fast or ‘paradoxical’ sleep. They can be distinguished by the simultaneous registration of active currents of the brain(electroencephalogram), the muscles and eye movements. Slow sleep always precedes fast sleep in a moving cycle, which occurs four to six times a night.Fast sleep is deeper than slow sleep and yet the sleeper experiences at that time a cerebral action: The electroencephalogram indicates fast waves of low voltage,which resemble those emitted by a conscious brain. At the same time muscular tone disappears. The muscles become paralysed: The sleeper is completely isolated from the outside world. At that precise moment, he dreams. A dream is made up from a series of scenes in which we play a role, either as actor or spectators. Moreover, most of our dreams form a more or less connected scene sequence.

Our dreams are independent of our will and of our sense of moral responsibility. We have no control over them whatsoever. We can only watch them unfold. Certain situations from which we would normally recoil in horror occur in our dreams without our feeling the least qualm of conscience. The dream evolves through all the dimensions. It takes no account of space or time. As for any reasonable probability, it completely scorns it.

When we are asleep, our conscience, our reason and our vigilance cease to exist because our cerebral cortex is asleep. There is an infinite variety of dreams. Some retain a precise logical shape in our minds and some leave no impressions at all.  You can remember a dream if you are awakened during the paradoxical sleep phase which coincides with the dream. But if you are awakened say 10 minutes after this stage, you remember it no more.

On the other hand, some dreams trouble us deeply. How many people are afraid of going to sleep because of the terrible dreams that haunt their night! And how many there are, on the other hand, who can’t wait to start dreaming again so as to escape from some painful reality!

Why do we dream?

This mystery question is easy to ask but difficult to answer. The most honest answer is that we do not yet know the function or functions of dreaming. This ignorance should not be surprising because despite many theories we still do not fully understand the purpose of dream. Over the years there have been many theories as to why we dream and the function dreams serve. Are dreams merely part of the sleep cycle or do they serve some other purpose? Dream research offers many theories, but still no definitive or unifying answer to the question: Why do we dream?

Scientists generally seem to agree that dreaming is a form of thinking during sleep, even that may be the knock-on result of random electrical impulses. It’s generally accepted that dreams contain at least some psychological meaning, but this doesn’t necessarily provea purpose, such as problem solving. Overall, our scientific understanding of dreams is still quite vague. In a way, Freud gave dreams an unfortunate legacy.He taught us to associate them with psychological problems and anxieties. But in reality, most of our dreams are healthy and engaging — aren’t they? Dreams are a mixed bag. The truth is, science still doesn’t have a complete answer.Researchers are still trying to figure out exactly why we dream.

Perhaps. According to legend, Abraham Lincoln told his wife that he dreamed he had been assassinated just days before he was killed. But no one really knows whether dreams can act as crystal balls,because it’s nearly impossible to study the phenomenon. Many people often ask themselves this question. We have seen that the dream stems from the unconscious, that’s to say, from the hidden region where exists our secret tendencies, our complexes, our repressed feelings, along with desires which we would never dare admit to in our normal state.

From this point of view then, a dream is infinitely superior to our reasoning faculties. The visions we see in sleep are supposed to be expressions of our individual psyches and imaginations, but most people’s dreams are based on themes that are very common. Anything can happen in your dreams. You can run, you can fly, you can fight, you can dance, or you can kill a person. Few very common dream symbols are flying. Each detail of the dream matters. Try to remember the whole dream like the places you went, the items, and the colour.

Try to figure out what you are doing, who else appeared in your dream, what was the interaction between you and other people in your dream, the animals that appeared, what they were doing. The sort of dream (school, exams, being condemned to death) is very common. It is always linked with the dreamer’s present situation. The school represents ‘the school life’. The exam means ‘let’s see whether you’re sufficiently equipped to go through life’. In case of a particular dream, the answer is no; in fact the dreamer is condemned to be torn apart.

In other words, the dream is saying, ‘You’re not capable of facing the problems in your life. You’ll have to die to be born again; you’ll have to purge yourself of all that’s bad or false in you; so you’ll have to be torn apart, that’s to say, broken down into pieces. It’s essential to do this. You’ll have to break yourself down so as to analyse yourself and know yourself better. When that’s done, you’ll be able to put together all the scattered fragments of your personality, and make a new start,more clear-sighted and dynamic.’

I hope that through this example of common dream I have been able to show the extent to which everyday dreams can put us on the track. Very often, people think they are ‘somebody’, and believe they have a ‘strong personality’. But a quick simple analysis will show that it’snot the case at all because basically the person is weak and frightened, a mass of complexes. Plenty of dreams have marked the beginning of new lives. Why?Because the dream disturbed the person concerned.

Some dreams can make you happy, refresh you, energise you, give you a new lead and set you on a new course of action when you wake up. But some dreams can puzzle you, even frighten you. The worry someones you can dismiss as just dreams.

The writer is a Delhi-based astropalmist and can be reached at info@astropraveen.com